With an area of 4588 km2, the island of Isabela accounts for more than half of the total land mass of the archipelago. In total, it extends over 130 km from north to south, directly over the hot spot through which the archipelago was created. Accordingly, the 5 shield volcanoes that make up Isabela: Cerro Azul, Sierra Negra, Alcedo, Darwin and Wolf are still active. The 6th volcano named Ecuador has already been half engulfed by the sea, again.

Isabela is pure island romance. The small town Puerto Villamil with its sandy roads is located directly on a 5km long, dazzling white beach, which in itself would invite to stay for 2-3 days if there weren’t other interesting corners of the island to discover. Such as the natural water basin “Concha de Perla” near the port with its sea lions or the nature trail along various lagoons and viewpoints to the so-called “Wall of Tears” as part of Isabela’s history as a prison camp. The way starts on the western end of the village and is accessible on foot or by bike. The beach and the lagoons are ideal for observing Marine Iguanas, flamingos, stilt walkers and migratory birds such as whimbrels, sanderlings and the Ringed Plover. A giant tortoise may come along, too.

In addition to these freely accessible excursion options (guidance possible, please ask your sales agent), there are various day and half-day tours to explore the island. Book them directly with us and secure your spots: 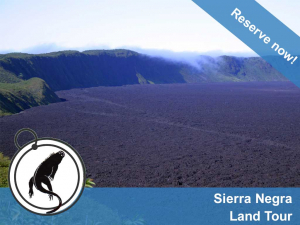 Hiking on the edge of the volcano Sierra Negra 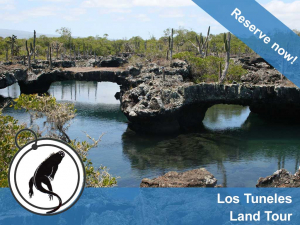 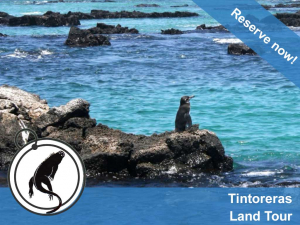 Land and snorkel excursion to the nearest Galapagos treasures